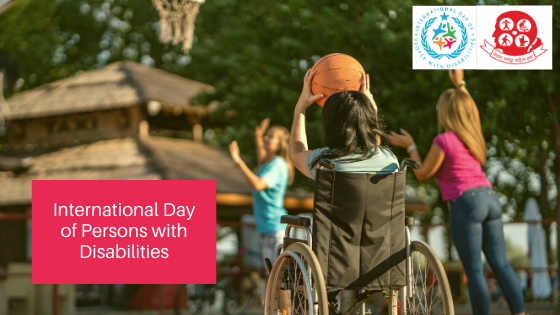 “Building Back Better: toward a disability-inclusive, accessible and sustainable post COVID-19 World”.

There is no uniformity in the disability data and the data brought by the government from the census is not comparable to the international data. For example, according to the census report of 2058 BS, it is 0.47 percent of the total population and according to the census of 2068 BS, it is 1.94 percent. According to a 2011 report by the World Health Organization and the World Bank, people with disabilities make up 10 to 15 percent of the world’s population, with most (about 80 percent) living in developing and underdeveloped countries. Preparations are in full swing for the census to be conducted every 10 years in the coming rainy season 2078 BS and we are also extensively advocating for disability women friendly census and official statistics.

The overall issue of disability cannot be human rights friendly and inclusive. Addressing the diversity within the disability is a challenge, but the global impact of the global Covid 19 corona virus epidemic is making life even more difficult for people with disabilities. Even within the disability, the condition of women is becoming more miserable. If there is discrimination at home, then the discriminatory system by the society and the state has become another obstacle. At the same time, due to the spread of gender discrimination and patriarchal thinking and values, women with disabilities have become more marginalized by being deprived of domestic violence, humiliation, various kinds of stigma and opportunities. Incidents of rape are coming out on a daily basis when parents and women living with the help of others, including those with intellectual disabilities, multiple disabilities and psychosocial disabilities, are not even able to claim that they have been subjected to violence. Are
We are also celebrating a 16-day campaign against gender-based violence, but seeing that leaders and the government are not interested in the issue of women with disabilities, we are forced to feel that the law is on one side and the issue is not a priority. The success of our campaign to enable women to speak out against all forms of discrimination, violence and injustice against women with disabilities and to empower them at home requires the inclusive campaign and the overall human rights movement and women’s rights movement as a common issue. There is an urgent need to prioritize today. Disability-friendly physical communication, inclusive education, sign language information and communication, Braille and audio materials, intellectual disability, autism, psychosocial disability, support services for cerebral palsy disability, spinal cord injury, essential health care, I would like to express my best wishes to make everyone aware of the factors and the importance and availability of daily essential medicines and essential aids.