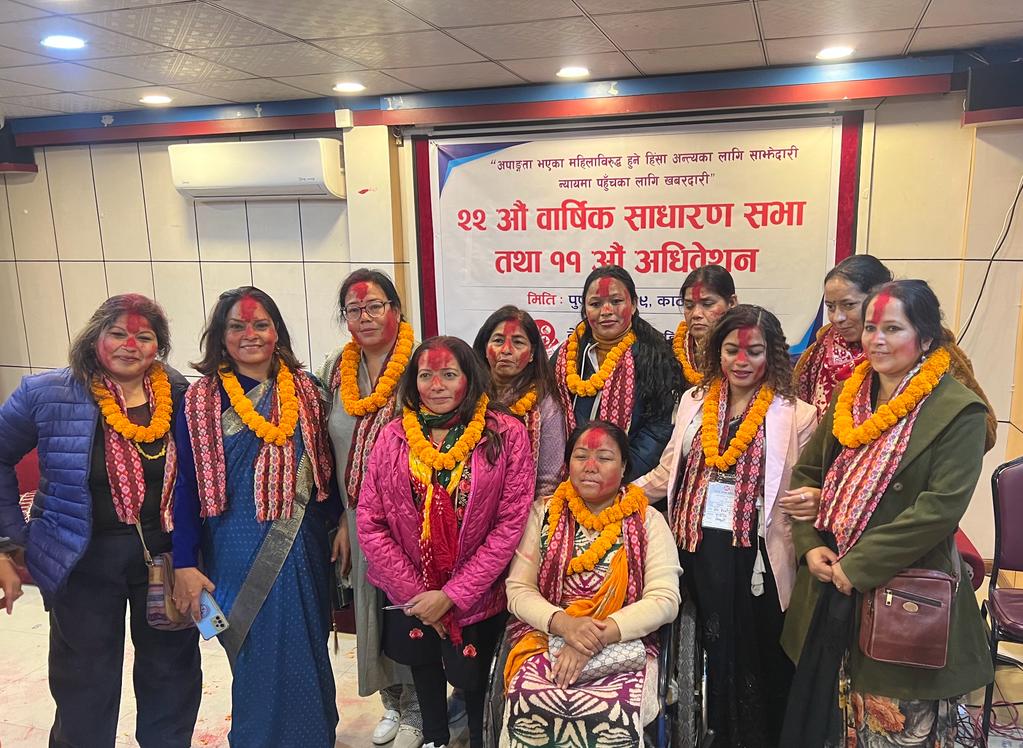 Eleventh annual general meeting  of Nepal Disabled Women Association NDWA has been elected Tika Dahal as a president of an organization.

The convention has elected Meena Poudel as the vice president of the association, Devkala Parajuli as the general secretary, Sunita Thapa as the secretary and Shobha Bista as the treasurer.