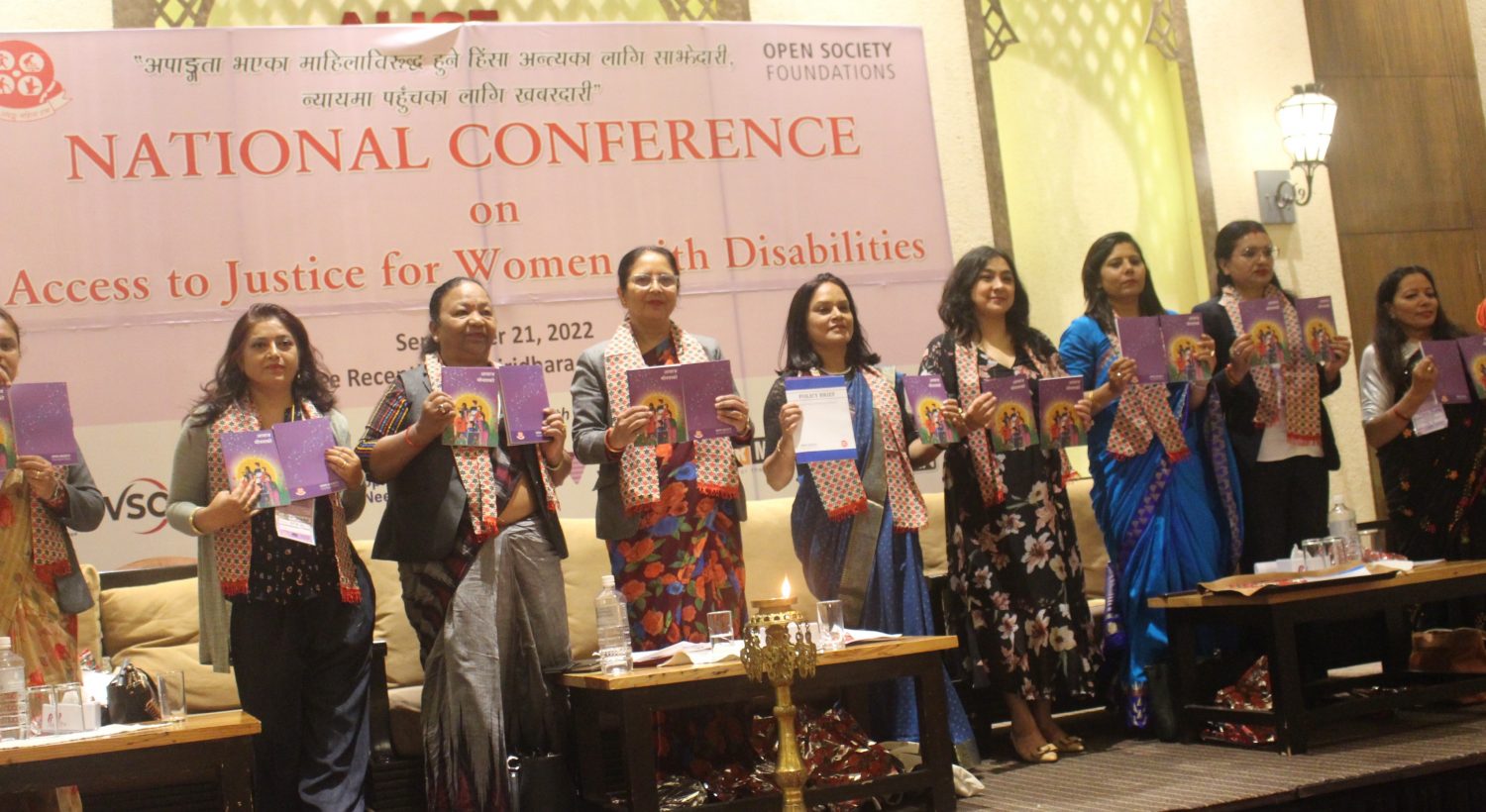 The conference was inaugurated by Kamala Parajuli, President of the National Women Commission. While giving the opening speech, President Parajuli said that women with disabilities are subjected to discrimination and violence twice as much as men with disabilities. She pointed out the fact that despite having the same type of disability, women face more obstacles and hardships than men.

Bishnu Ojha, a member of the National Inclusion Commission, said in the program that although the principle of inclusion was introduced to make the unreached accessible, it was not working according to its core value.

While giving the opening speech of the conference, Tika Dahal, president of the association, said that women with disabilities are able to fight their right at every level of the state by strengthening their campaign. She drew attention to the fact that the diversity within the women’s movement should be addressed and for this the women’s movement as a whole and all social movements should also speak on the issue of women with disabilities.

She said that even now women are not in a situation where they can say that they are women’s rights activists, and there is a risk of being ostracized from their community when they speak out against sexual  and domestic violence against women with disability.

Rama Dhakal, vice president of the National Federation of  Disabled Nepal, Samjhana Sharma  joint secretary of National Human Right commission (NHRC) , Neetu Pokharel, a program officer of Open Society Foundation (OSF) also  shed light to the situation of access to Justice for the women with disabilities. The welcome speech at the program was given by the general secretary of the association, Meena Poudel.

In the conference, a book named Awaz Mauntako and a video was released containing the stories of women with disabilities.

After the opening session of the conference, parallel sessions were held on 6 separate issues related to access to justice. In these sessions, different subject experts had provided their presentations and there were extensive discussions on these topics in the sessions.

At the end of the conference, the Country Director of CBM Global  Suraj Sigdel given his opinion on Power Shifting and Role of International Partner Agencies, Engagement of OPDs in the plenary. The national conference ended bring out the  12-point declaration.